Replies to Your Replies

liked how my wood burning turned out. Thanks so much. I think I got carried away playing and went a bit over board but I have not played with my kit that much so I was just going and going. I need to sit with it and do a really serious project. Yes, Caleb's wreck was not a good one and having seen the car I would say if he had been going just a bit faster that engine would have been on top of him.

When Amber called to tell me, she said he had been in a wreck and really fast she said he was okay. I rushed up and jumped into clothes and out I went. Little over a drive there and I did not cry, I just kept telling myself that all that mattered was I knew he was okay. I did not cry till I have my arms around Caleb. Then it came out and I thought of what could have happened. I really, really don't know what I would have done. Not really sure at this point in my life I can take much more. I needed a break and I think someone, maybe mom was looking out after him, that was all of ours break.

It happened about 2 blocks from their house. I was never able to get a pic of the car he hit but it was a mess. One crappy thing about it on top of all the rest is that on the way to work the Tuesday before Amber broke down. I was closer then I normally would have been cause I was at work so I went and got her. We jumped the car but it would not go anywhere. So it cost her about 300 bucks to have it towed and fixed. Brand new alternator probably in a twisted ball now. But isn't that way things go.

Friday afternoon Will and Am were out car hunting. Amber works over an hour away from home so she has to have a good car. Found nothing. But Sat. morning someone posted one somewhere that she saw. It was an older woman's car. She liked it so well she bought a 2020 one so she was selling this one. 100 thousand miles, new tires and all the papers on work that had been done. It is a 2012. I am just glad cause she can't afford to miss work. 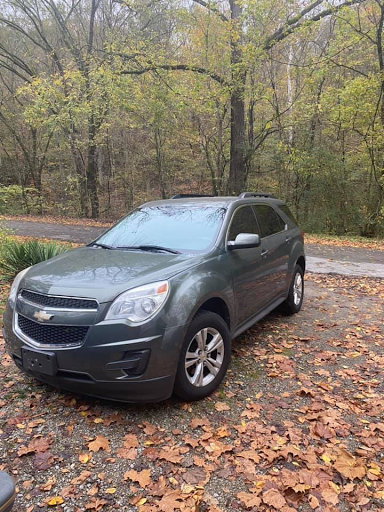 Report on Caleb. He is sore and the bruising is coming out and turning colors.

Brian and his dad over at https://brianshomeblog.com/ said they love the eyes in the tree that I put up for Halloween.  Brian I do too. They are cardboard on the back and plastic in the front. However I think I will make some out of wood and replace these when they fall apart.

Debbi over at http://debbisfrontporch.blogspot.com/ wanted to know if Caleb was home. Yes, he was released that day and I drove him home, tucked him in and then went and bought him some snacks.

Thanks everyone for the concern for Caleb. I am counting my blessings.

So in yesterdays blog I stated I had so much to do....haha and I got NONE of it done. I ended up going to the grocery store since I have not been in weeks and by the time I made it through that and got all put up, I was worn out. Silly furs meet me at the door sniffing bugs for stuff for them but yet do not do anything to help me get them in. I really have to have a talk with them!!

Going to make some veggie soup today. Throwing it in the slow cooker.

So if you have not guessed today (while blogging ) is Sunday. Hoping you had a wonderful weekend and are pretty much finished with your week....haha

Ann said…
Glad that Caleb was not seriously hurt and that Amber was able to find another vehicle
October 31, 2020

Jeanie said…
I'm glad to hear the news of Caleb. I was wondering how he was and that sounds promising.
November 02, 2020