Showing posts from February, 2020
Show all

End of the Ruler, Behind the Scenes and Walking Away 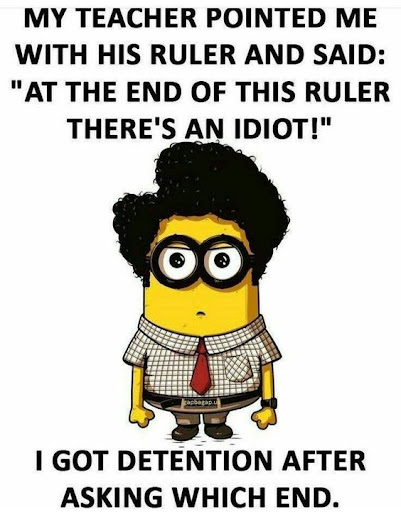 I saw this and wanted to share just cause I thought it was FUNNY! Yesterday evening I assisted on another wedding. We have talked about it and  sort of decided the "Dream Team", (that's the staff) wear black and white, or black on black. It just looks so nice. HOWEVER, yesterday was  CoLd so I just wore whatever. Yep, the rebel! I wore black pants, actually two pair of black pants..haha. I had on a black shirt but it was so cold that I threw on  my heavy sweat shirt. Its gray. It also has TN(Tennessee)  across the top. So just being me I  had to be silly.... NOPE...I did not wear the sign during the wedding but I made sure I taped it on when I got out of the car. I told Julie and  James I was fitting in!!! This my friends is another  Behind the Scenes at TN Tiny Weddings! The brides flowers. THE CAKE was so  cool. The grooms side. The brides side. The togetherness...
9 comments
Read more

Replying to Your Comments 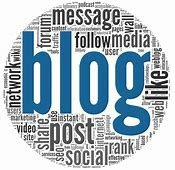 Replies to your comments on my blog. Sandee at  https://comedy-plus.com/ commented on my FB test I took and posted on my blog. She laughed that apparently I can become Cujo when I am angry! HAHA....if you folks only knew!! Darla at  http://darlamsands.blogspot.com/ mentioned that I must have connections in my getting my daughters Child Support moving again. Nope, I do however have 33 plus years with state government and I know one of the fastest ways to get things done is to go to the TOP. Emailing the Commissioner of the Human Services office that handles Child Support got things moving. If you check your state website you should find a listing for all the departments and the commissioners are listed there. The only connection I had that helped was knowing the links to state employees email and checking that link to find out that the commish did not have her email set up with just a first and last name, she put a m
10 comments
Read more

Silly Test and The US Government

Do you ever take those silly little test things on FB? I do just for the fun of it but it is amazing just how close some of them can be. I took this one last night. HAHA...... well, maybe not 700 percent! Ran across this one  also. This one seems to be really close.  So the next part of  this post is copy and pasted from my FB post today. Government agencies  at their best....haha.. this is what my daughter  has been dealing with~  Her ex, the two younger  boys dad is on disability  and child support comes  from that check. In Jan  however the check did  not come. Amber called  and Child Support (CS)  looked into it and was  told by Social Security (SS)  says that the money was taken  from his check and that it  had to be an issue with TN  CS. Well, Feb check did not  come and finally she mentioned  it to me. This support help s  keep a roof over my grandkids  head and food in their
10 comments
Read more

Taters, Plates and Spoons before the Manison

Theresa had some extra sweet potatos that she knew she  would not get around to eating. I love a great baked sweet tater, but I wanted to roast some of these so I chopped a couple up and tossed them in some  brown butter, then spread them on a baking sheet, topping with  a hint of salt and some gloves and cinnamon..... OH MY!!!!!!! In the process of doing the taters I found that a sweet tater is a tad harder then a regular potato. I  was also running the dishwasher which held BOTH of my cutting boards so I thought, no biggie I will chop them on a plate. HAHA....have you ever heard that people like Corning Ware  dishware cause it don't break  easy? Well, actually that was  before I bought Corning.  But hey, I did break the plate in a very creative style! Have you folks realized just how dangerous I am in the kitchen? One of my spoons did not make it through the preparing of the  brown butter.
9 comments
Read more

Behind the Scenes / Socks and Cornbread

Behind the scenes at TN  Tiny Weddings yesterday.  Here is a pic of the brides two brothers walking the bride out to the Reflection Pond for her wedding. The bride and groom provided donuts for their guest after the wedding while the bride and  groom were doing pics. What a beautiful couple.  On my way to the wedding yesterday, stepping out my front door a friend drove by. She had picked up a gift for me and was going to place them in my mailbox...of course with no note! She got caught! Here is what she had for me. My mother used to make Jalapeno  cornbread for my younger brother. Mark loved it. A few months ago I realized that he was probably  missing this so I made him some. Course after making it with  regular cornmeal and realizing that it was all wrong. I looked up how to make it. YELLOW cornmeal... Buttermilk....yep.  That is what I  was doing all wrong. So I made him
9 comments
Read more
More posts