I SPY, Replies to Comments 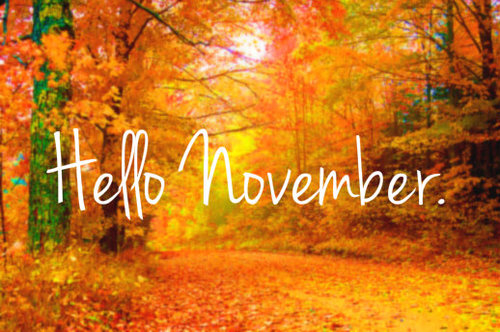 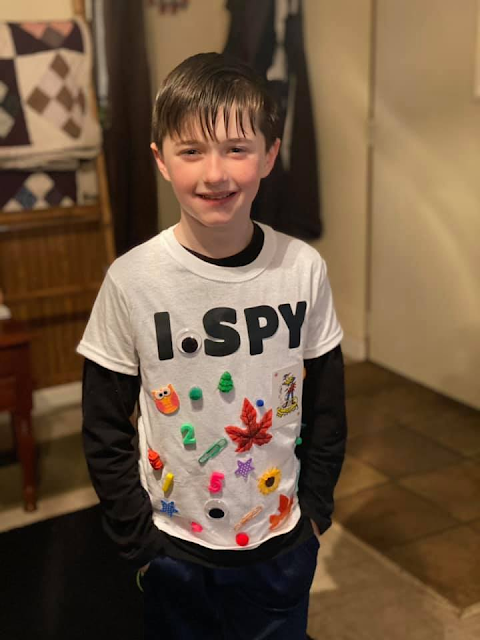 This class was having a Halloween party at school today (Friday) and they had to dress up as a book character. He loves I SPY books. Amber made him this shirt to wear. Adorable!!!
This building is across the street from my office. I have to laugh when I look at it cause now it is apartments. When I worked there from 2004-2008 it was the Federal Reserve Bldg. I would love to see inside and see how it all looks as apartments. 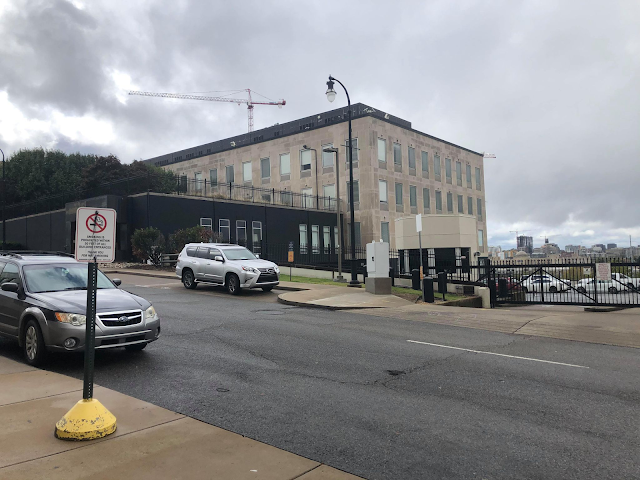 The reason I said I have to laugh is cause  of something that happened one day on my way to work when I worked there before. It was not uncommon to look out the window and see the guys with machine guns, stopping traffic to search trucks and vans going in. They even had dogs. Well, one day I was just in my own little world heading into work when I went down this road, only to be stopped by a dude with a machine gun. That was before I even knew that was the Federal Reserve bldg or had seen them out with guns before.
FLIPPED ME OUT!!
Now in reply to some comments put on the fur babes blog...
Darla at http://darlamsands.blogspot.com/

stated
that she could not understand someone wanting a male over
female animal or the other way around. The woman wanting a male
cat is cause she already has two females. And yes, she decided to
take the male orange instead of the one she wanted. I on the other
hand prefer females, but for the love of an animal I would take a male.
Dakota was male....
Sandra at https://snapperone.blogspot.com/

said that she sometimes
wonders what our pets think when we put on something out of the normal...
like a Halloween costume. HAHA....well I could tell by Lily's look
she was not sure what was going on.
You can see that look here.
https://pjack214.blogspot.com/2020/10/maybe-you-are-my-mom.html
Now to reply to your
replies on this blog.
THANK YOU...THANK YOU....
for all the nice and cool comments on my talents and some of
the things I have made, painted or repurposed.
You folks are so nice!
Liz at https://lawsofgravity.blogspot.com/

asked me why my new camera needed to pay for itself?
HAHA
Cause I paid a small fortune for it!
Yes, I wanted it and with
doing weddings or whatever
I needed one I could rely on.
Although the one I was
using is still shooting good,
this one just called my name.
I could have went cheaper
but I wanted better.
You see the older Nikon
cameras have reflecting
mirrors in them. This one does not, makes it lighter
and smaller. Makes GREAT
pics and I can even
do a video with it.
Difference - I gave less then
800 for the D40 Nikon
camera with a zoom and
wide angel lens.
This one was a tad more
with only the wide lens for
2400.00. But since I wanted it,
it really don't need
to pay for itself but I would
love to get paid for
doing work with it!! Hence the reason
I say, I need it to pay for itself.
It would make me feel better about
getting it.
Pam

Brian said…
Male orange kitties are really, really nice with loving purrsonalities, there was one that lived here once. Yep, those cameras can sure be expensive.
November 01, 2020

Sally said…
Truly, I'm not a real 'cat' person, but as time has passed I'm getting over that bit by bit. After my daughter's dog Hopper Henry died, she decided to become a cat lady. They're outside, and the only real problem I have is trying not to trip ('cause you know I'm old) :)

Rhodesia said…
I agree a camera does need to pay for itself. What is the point in having one if you don't use it! Have a good week and stay safe, Diane
November 02, 2020