Pics from the Farm

April 17, 2018
I found a sign on FB about laundry the other
day so then I went on PINTEREST (which I love)
to find others. They are just so cute. 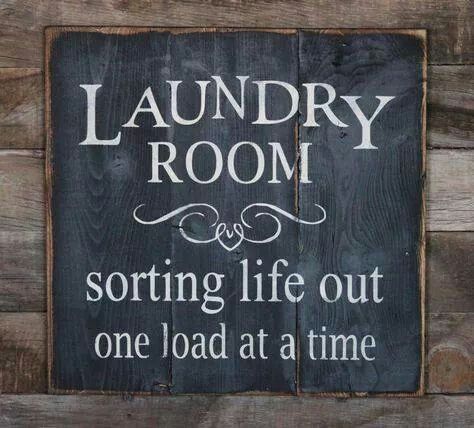 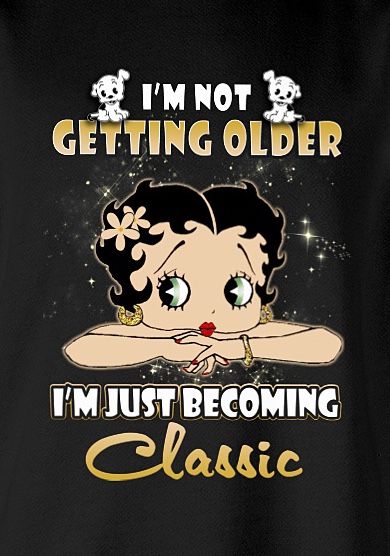 The other day (Thursday) it was pretty,
sunny, cool breeze and I grabbed my
camera and headed to the farm (Chris
house where Misfire lives).
Be between winter, Fibro, and life I
have not been picking up my Nikon
as much as I used to but when I have
a few times lately I love it.
I love the feel of that camera in
my hand.

Just a wildflower that grows in
the yard can make an awesome pic. 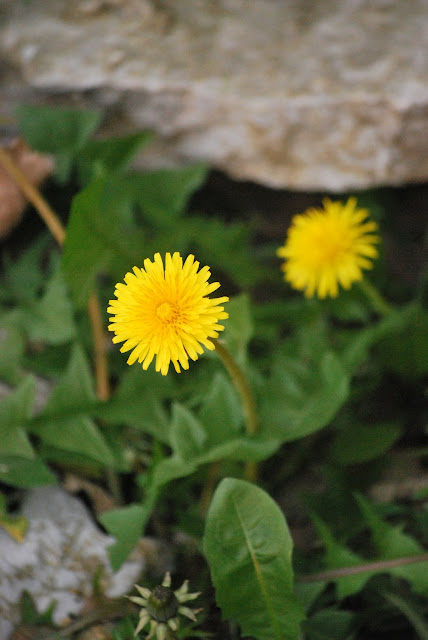 This is the cat that was dropped a few months back
at the barn. I named her Brandau, that is the
name of the road she was dropped off on. 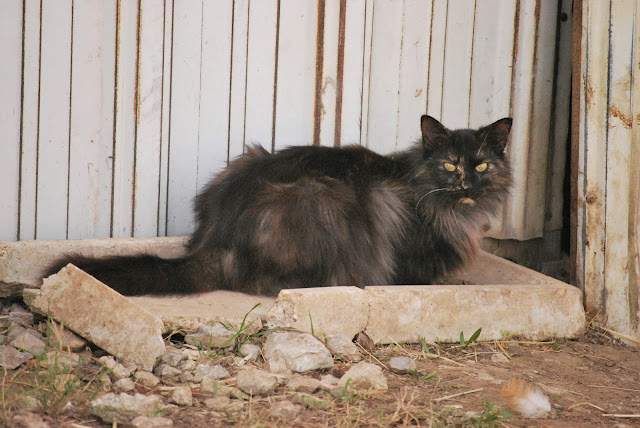 I see beauty in the usual shots. 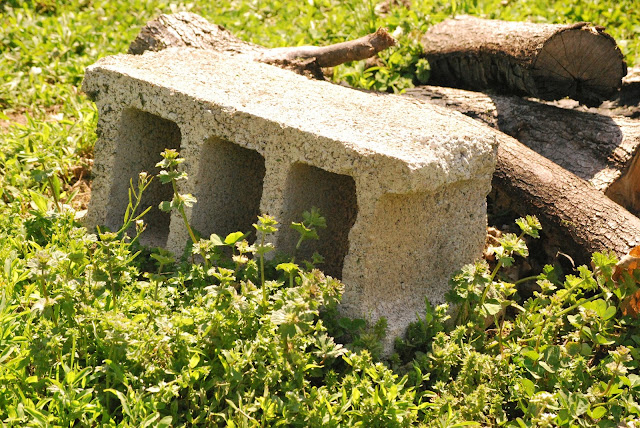 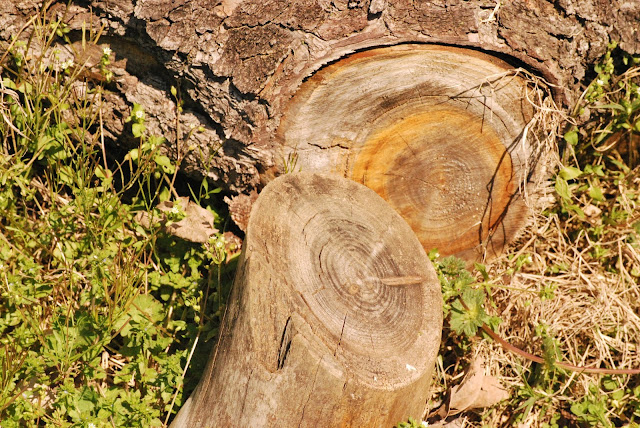 After messing around a bit I headed to the pasture.
Lily and Misfire in the background. 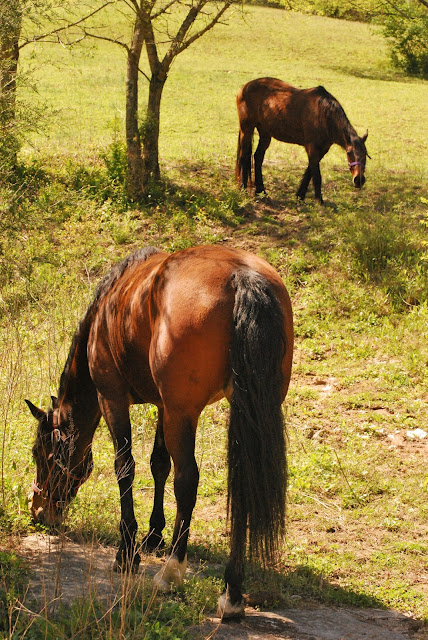 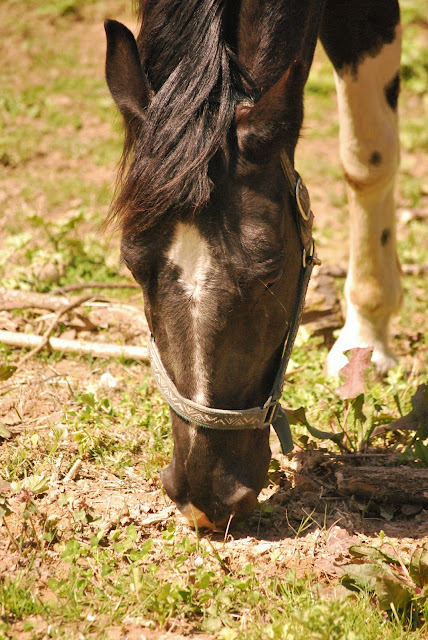 Scout again....isn't he so pretty? 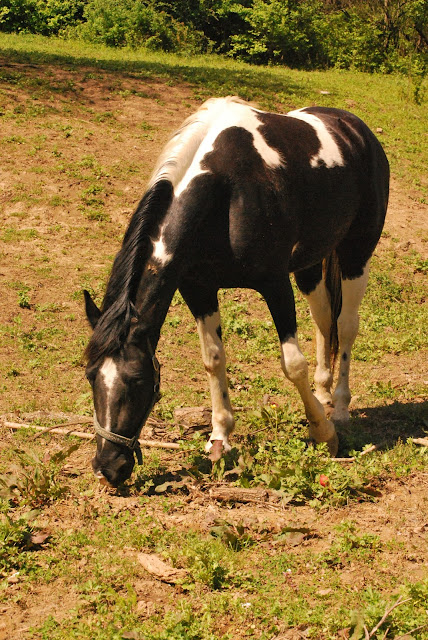 Him and friend FedEx were really nervous
when they got to the farm. They had been at
the same place for years but due to the death
of the owner of that barn, they had to be
moved. They have both calmed a lot and are
just as sweet as can be. Although they have
never seen a pig till moving to the barn and
when they wonder around these two get a tad
nervous.

Misfire sporting her purple
halter that I need to remove and wash but
since it took two people to put it on
I am afraid we will never get it back on. Almost get them all in one shot...almost.
That would be Misfire on the left, the other
brown is Lily, Scout and either FedEx or
Black, can't tell which. Down by the barn
is Stormy and the new comer Dixie with the name
change to Roxy. 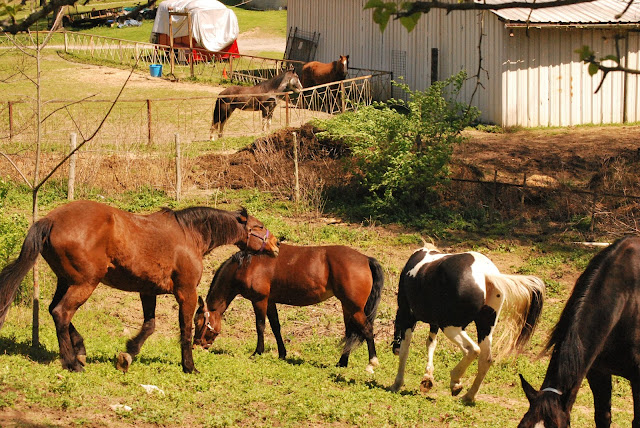 Well a couple months ago there were two
roosters and two hens brought to the farm.
Chris told Michelle that they would not last
long....and they did not.
The biggest rooster went first.
Chris said that is was because he
was so vocal. He was crowing all day long. 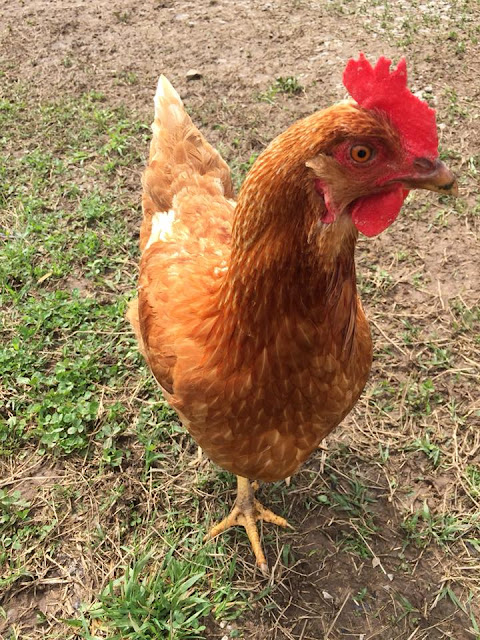 This was the last that went the other day. 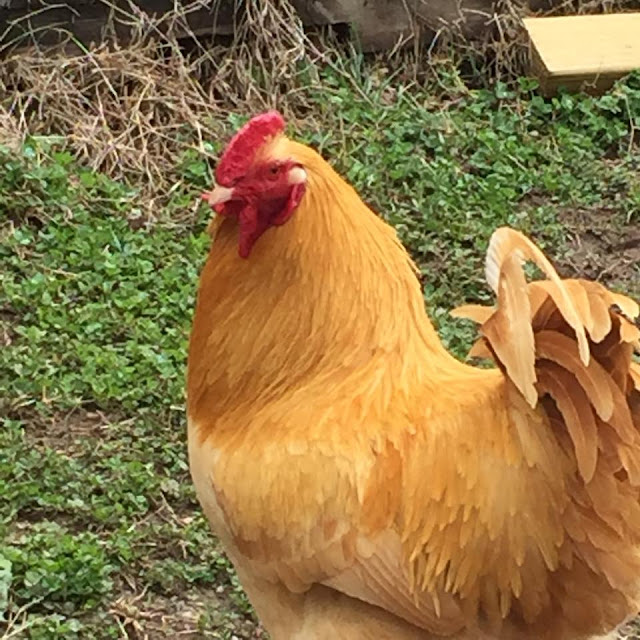 There is one hen, the black one in this pic
and other I don't have a pic of. But this is what you see walking around
the pasture. 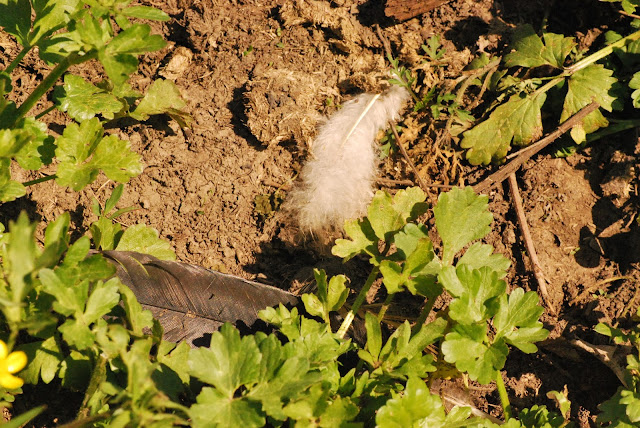 And in the yard. 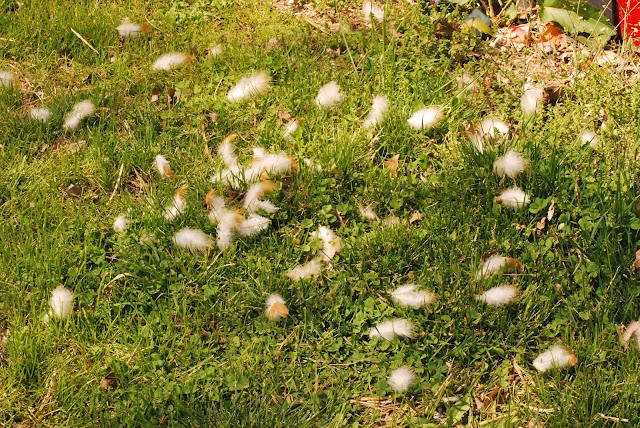 Poor babes. When you don't have a pen to
put them in Chris lets them run wild,
like the pet pigs. With that the coyotes or
foxes end up getting them.

I love rustic and old structures. 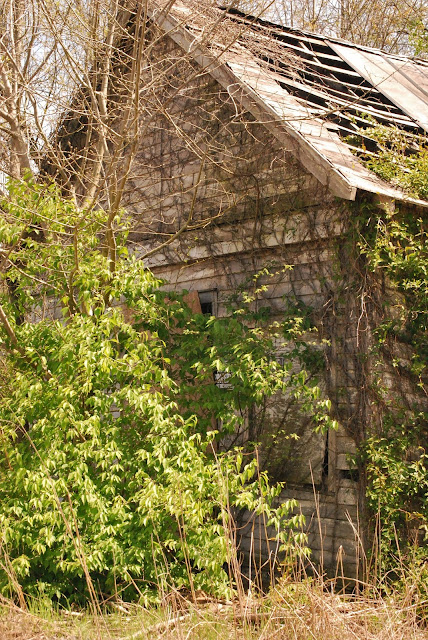 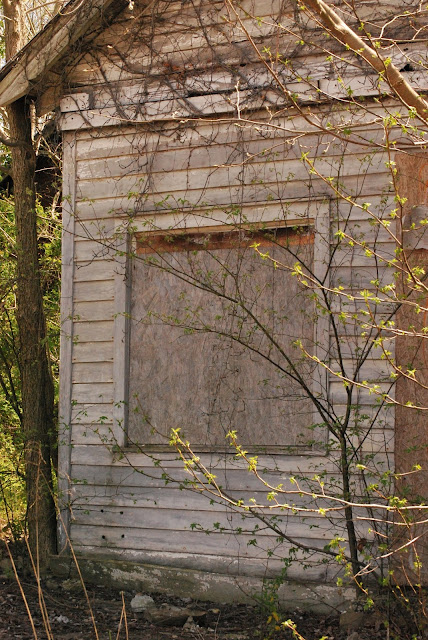 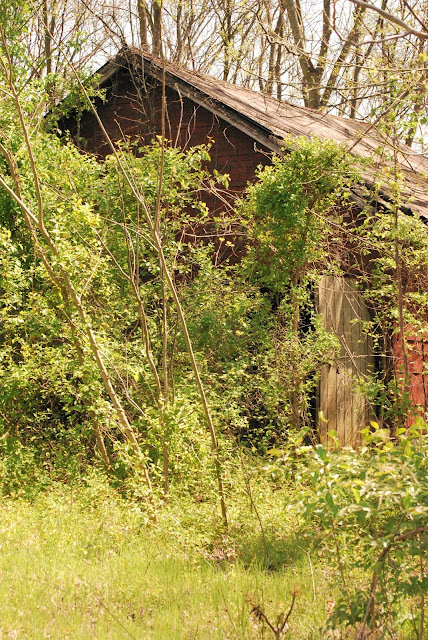 Gotta get it up and move today,
gotta get some things done and
things put up.
Fla. in 9 days....
I need a break and I want the beach
it's just the drive there and back I
worry about. I might have to crash
when I get home! haha....
life so rough at times.
And getting old is not for sissy's!

When you say "dropped off", does that mean people just abandon those animals?
April 17, 2018

Sandee said…
Love your graphics. I linked you you Tuesday Fun.

I'm glad you got the camera out. You did a nice walk about for the rest of us.

Too bad on the roosters and the hens. That's what happens when they aren't penned.

MadSnapper said…
love all the pics, horses to houses, poor chicks and the coyotes. i love that old building. the horses are so beautiful
April 17, 2018

Rain said…
I think I'm becoming a classic myself lol! That is great! :) The horses are just beautiful animals...I love those photos you took. Getting your camera out is such a wonderful thing! It's too easy to pull the phone out isn't it? I have been making an effort to use my Canon more often too! The rustic buildings are beautiful, I have a soft spot for those too!
April 17, 2018

Marti said…
What a neat farm. I love the horses and the new cat. She's so pretty. I'm wondering too about the animals being dropped off. Is the farm an animal rescue?
April 17, 2018

Jeanie said…
It looks warm at the farm. Or at least, sunny. We have neither here, but I do have a cat! Yours is quite elegant looking. Nice photos, Pam!
April 17, 2018

Ann Thompson said…
I like that laundry room sign. Pinterest is one of my favorite places.
Loving all the pictures of the horses. Poor rooster. Guess the should have kept their geeks shut🙄
April 17, 2018

Brian said…
Such great photos and Brandau is sure a beauty!
April 17, 2018

Darla M Sands said…
You have a great eye for photography! I hope you feel up for enjoying it more. ~hugs~ Some of the shots remind me of the Japanese aesthetic known as wabi sabi, when beauty is faded or not yet in full bloom. As for Florida, my dad keeps wanting me to come down and I don't want to travel without the pain and fatigue. ~grin~ He's on his way here with his little camper and dog as I type. Should be fun, if 'interesting' trying to find writing time for my challenge. Heh... He knows my penchant, though. Be well, my dear.
April 18, 2018

JEN Garrett said…
You've got talent with that camera, Pam! I especially liked the wild flower - my daughter often stops to pick them right after I've walked past oblivious. It's so important to stop and take note of the beauty around.
Thanks for the reminder in your pictures!
April 18, 2018