April 17, 2013
What is it with me and critters….outdoor critters?
Do I have a sign on my back that says come on over and live with me?

Back several years ago I started hearing this noise on
my roof, at least that is what I thought. It is noise you hear
as squirrels run across your roof. You know that sound, the
sound of pitter patter on the roof top! I found it really odd that
I would hear them at night. Don't squirrels sleep at night.
NO! NO! NO! They party above your head while you try to
sleep. Cute little rodents that they are, they chewed a hole
in a spot on the side of my house and proceeded to move it.
It was a week before Christmas and colder than a witches……
oh never mind, let's just say it was COLD. 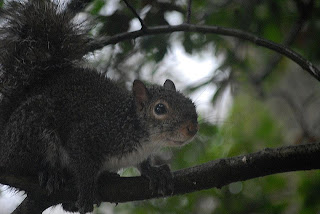 So the morning after they partied, running back and forth above my head, I went out to look. Oh yeah, there was a nice round hole, big enough for these RODENTS to move in. But I could not have that, they had to go. I called a pest company and they came right out. Took a couple of weeks of baited traps to carry 9 squirrels off my property, one dead. Two weeks and over a $1000 bucks. But I was free of them.
Now I have a Rat Terrier, Dakota, AKA The KING. A door can slam on a car down the street and he barks, squirrels dance over our head all night long, making the worst noise and he never bat an eye. What's up with that? Rat Terriers were breed to hunt rodents. 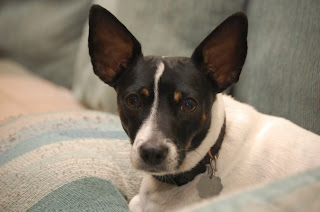 About a year later, I am coming home one evening after dark and I hear a flutter in the Holly tree behind me, that sets is right in front of my porch. I had my back to it as I unlocked the door. Course I did not turn around and look because I really wanted to get in. I figured it was a bird but my thoughts were that birds are not out at night, so was it the possum that lives around there? Not looking to find out.


I swung open my front door and right past my shoulder flew in a red bird. My first thought was to grab the KING before he grabbed the bird. Funny, he was not even interested which at this point I was glad, but I had to wonder.

After a trip to the bathroom and back to the living room my visitor decided to fly right out the front door that he entered in. I had propped it open in hopes he would. 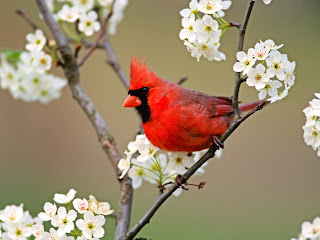 That same winter, a year after the squirrels, I had my first mouse. I found this out when I went to grab a breakfast bar and it had been eaten into. I closed the pantry door, looked at the KING and asked, "what good are you, this is what your breed of dog is for"???? Of course I got a blank stare. Another thing I had to take care of. Thanks Dakota, wonder when you will earn your keep. 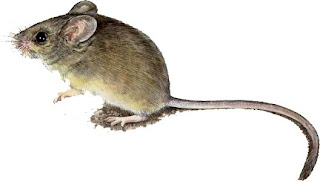 I had major surgery on my shoulder this past summer and by fall I was still not lifting heavy items. I had a Peace Lily in a big pot out front. I called my friend Brian and he came and took it in the house for me. I had him sat it in the living room. A few days later I decided that all my plants were going to the kitchen for the winter. So with that I slid that big pot through the living room to the kitchen. Only later to be sitting in my chair to see a green frog hopping across the living room. Okay, what's up with that. I guess he had been living in the plant and when I moved it, he jumped out. The KING never paid attention or seemed to notice. I caught the critter in a cup and let him outside. 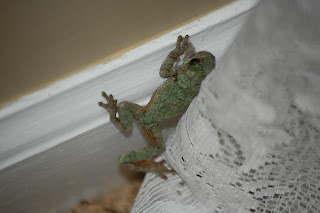 Well now comes the next critter. Not really in the house but I figure he and or she could be if they really wanted to. I got home yesterday from work, opened the door, stepped out and right before taking my first step up the short side walk to my porch I see the next critter sticking his head out of the vent that goes under my house. My first words, out loud were, "oh no, oh HELL no"! There sticking only his head out was a snake. I freaked out. What was I going to do, this vent was right next to the first step going up my porch?


After taking a pic, I always have a camera, I called my mom, we tried calling my brother who lives about 5 minutes away to come get it but I could not find anyone! After throwing rocks at it, thinking of poking with a stick and finally deciding to go to the back door I looked and he had gone back in. The KING and I ran up the stairs. 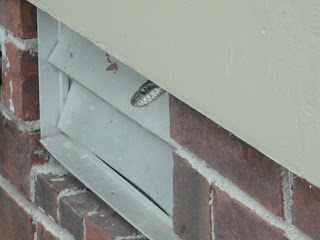 I have been reassured by several friends via the pic that it’s a garter snake. I feel better about that but not so much about it being under my house and what if there is more than one? So now I have to locate a company that removes stuff like that and get him out. Can't take the thoughts of him finding away in my house.


So what does this leave…..bats in my belfry now! I don't even want to think about it. But I am thinking that it is time for the KING to start earning his keep, or he will be dethroned. 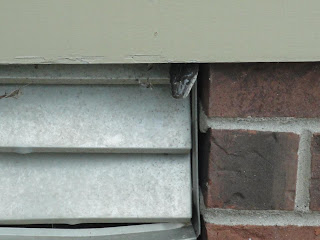 Whoops.....looking at pics on the internet I realize
this might be a rat snake....

This is off the internet. 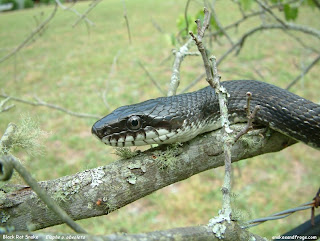 I have two ways of going...leave him alone
and hope he don't come up in the house
or pay a company
hundreds of dollars to come rid me
of him...
and him maybe be out when they come.

I think I will wait and see.

Thanks for stopping in, come again
soon...

My Repurposed Life said…
omg!!! a snake is where I would draw the line! ugh! how awful!