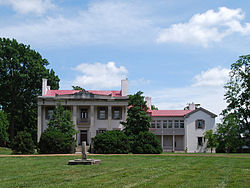 In February 1807, John Harding purchased a well-watered, 250-acre tract of land on the east side of Richland Creek, seven miles from Nashville. There he lived in a cabin on the property till 1820 when a brick structure was built. After purchase of the acres John began to develop a farm, naming it "Belle Meade" — French/Old English for "beautiful meadow".

John's son,  William Harding took over operating Belle Meade in 1839, as his father was developing another farm in Arkansas. William G. Harding began to acquire more land for breeding and raising high-quality livestock, first emphasizing thoroughbred horses and adding cattle, sheep, and other breeds. He ultimately owned 5400 acres. In 1853, he had the house altered and enlarged in a Greek Revival style. Stucco was applied to cover the red bricks, and a two-story veranda was created on the central block, featuring six solid limestone pillars quarried at Belle Meade.

A two-story kitchen extension was attached to the house via a two-level breezeway. This was customary to keep the heat of the kitchen and risk of fire away from the main house. The breezeway was enclosed in the 20th century by successive families living at Belle Meade. Through the 1880s and 1890s a Dairy, Carriage House, and Stable were also added. William G. Harding had a mausoleum built in 1839 for the interment of family members.

The 14-foot high central Entrance Hall runs the full length of the house from west to east, following the prevailing wind direction for natural cooling. The second floor contains two connected bedrooms to the north and a guest bedroom and master bedroom to the south. William Jackson, son-in-law of William Giles Harding, modernized the interior of the house in 1883, adding three full bathrooms, complete with hot and cold running water

William Giles Harding would marry Elizabeth McGavock of Carton; they had two daughters who survived to adulthood named Selene and Mary. With the onset of the Civil War in 1861, Harding had to suspend his racing and breeding operations. As a staunch supporter of the COnfederate States of Amberica, he donated $20,000 of his own money, and raised $500,000 total to the costs of the Condederate States Army. In return he was made a Brigadier General and placed in charge of the Nashville Munitions Factory. After Union forces took control of Nashville in April 1862, Harding was arrested. He was sent North and imprisoned in Fort Mackinac for six months before paying a $20,000 bond and signing the oath of allegiance to the United States before being released under house arrest at Belle Meade.

Confederate General  James Chalmers occupied Belle Meade as his headquarters during the Battle of Nashville. Early on December 15, 1864, Union and Confederat forces fought at the family's racetrack about a mile northeast of the Mansion.

William Hicks Jackson died in 1903, and his adult son, William Harding Jackson, died later the same year from Typhoid Fever. Due to financial problems since the Panic of 1893 combined with the advent of baseball, which meant that horse racing was no longer the top American sport, and the temperance movement against horse racing and associated gambling, the trustee of the estate decided to sell Belle Meade in 1906.

The Mansion and 30 acres were preserved by private owners. Five other families would live in the home until 1953, when the State of Tennessee bought the Mansion and eight outbuildings on the property to ensure its preservation. The state deeded the property to the Association for the Preservation of Tennessee Antiquities. It is operated as an attraction, museum, winery and onsite restaurant. In the 1970s, it was listed on the National Register of Historic Places.

It is another historic mansion that is now operated as an attraction, museum, winery, and onsite restaurant together with outbuildings on its 30 acres of property.

Sandee said…
Beautiful mansion and a great piece of history. Times change and we change with them or we're left behind.

Debbie said…
interesting info!! it's always nice to hear that these places are restored and updated. i love dining in places like this!!

Brian said…
Such a beautiful and interesting place. I need a mansion!
March 08, 2021

Jeanie said…
I always enjoy your historic home posts. You have some beautiful buildings there.
March 08, 2021 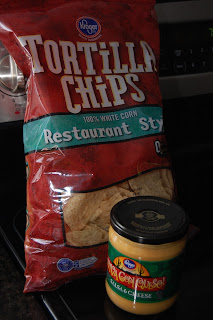 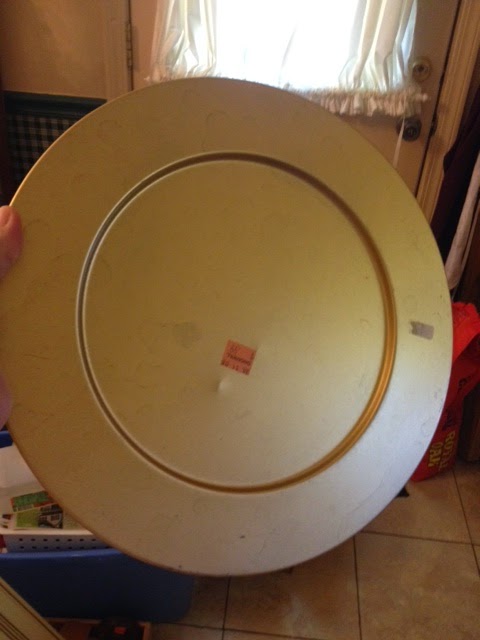