July 20, 2013
When I was younger and raising kids
I never thought I would return the
California, where I was born.
My dad was stationed in Port Hueneme Calif.
when I was born. Shortly after that we moved
to San Diego.
My dream was to go back to California.
In 2007 my son moved to out there. He
met and fell in love. In 2011 he married
Britney. I flew out to San Diego to attend
and also photograph the wedding.
My sis in law Lori went with me. On that trip there
was not a lot of time for sight seeing but one
day Lori and I drove around. We went to
North Island and I was able to photograph
the sign for the street that I lived
on when I was a baby. That was
cool to me.
But the biggest dream was to go to
Port Hueneme.
Since it is 3 hours north of where my son
lives I never saw myself driving that
far just to see where I was born. 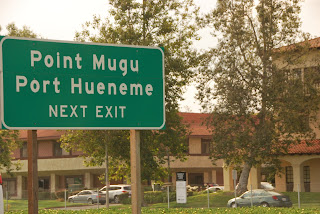 But on my trip the first of this month I was able
to go by there. We had to go to Santa Barbara
to pick Britney up at college.
I looked at the map and realized that Port Hueneme
was 45 mins from Santa Barbara. We would go
right past it.
It was late once we got Britney, had dinner
and started back but my son made sure
that I would go by there. 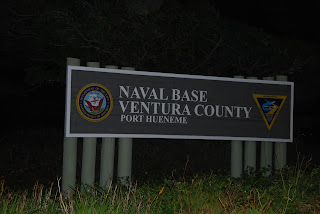 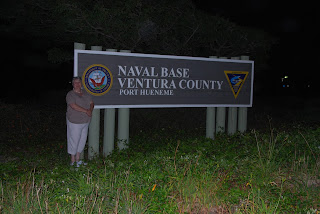 My Repurposed Life said…
Pam! that's just so darn cool! I was born and raised right here in Louisville...
July 21, 2013