June 14, 2013
In the past I have had some of my pictures displayed in the local Town Planner Calendar. But this year I have a picture in a calendar that the State of Tn. Printing Division put out for other local agencies and for state employees.


State employees were asked to turn in photos that were taken between a certain date and they would be judged to go in the calendar. I did not have a lot to pick from because the dates they were asking for fell at the time I had shoulder surgery and had been told not to pick up the camera! But I did have a couple that were taken right at the beginning of the time frame.

I turned in about 10 I think and this one was picked for June. 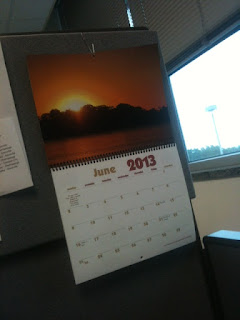 The Chief Photographer and the Director of Printing were among the judges, both of whom I have worked under, but they were blind judging, no names were seen by them. I am honored that I had one picked.

Thanks for stopping in,