August 08, 2012
At the time I graduated from high school
all I could think about was getting out
of school. At that time I never really
took in what all my school was about.

DuPont Senior High School actually went
back to 1926 when the original school
high school came to be in Old Hickory TN.

It had 3 teachers and 63 students.
But as Old Hickory grew, so did the school.

The first class to graduate was in 1929.
The high school had been held in the
grammer school but in first high school was
built in 1930.

Years down the road, that school burned
to the ground and the only thing left
standing was the gym.....which still stands
and is used today. Later on another school
was built on that spot. Later this school
became the Jr. High school.

In 1967 another high school was built
on another spot of land. This would be
the new DuPont Sr. High School.

Each graduating class has their own reunions
but years ago there was a Alumni committee
started and I have been honored to be
able to photograph the Alumni Reunion
the last two years. 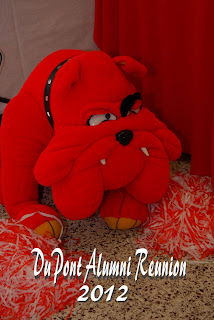 This gentleman was my principal, Abby
Williams. According to what I heard at the
reunion, it was Mr. Williams that suggested
there be an Alumni committee. 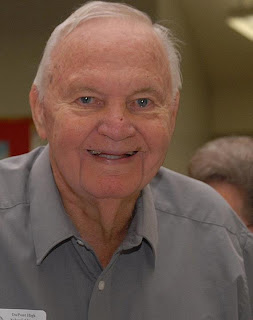 This guy is Coach Brown. He was at DuPont
while I was there. Nice man and I will say this,
I have been out of school 34 yrs., this man has
not changed a bit! 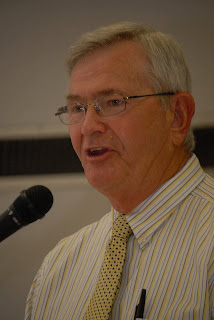 This lady was there the other night at the
reunion, she graduated in 1949.
What a beautiful lady. 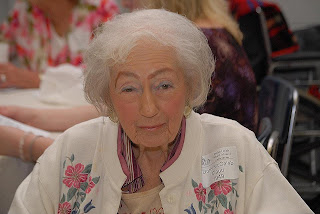 Had to throw this pic in the mix. This is Charles Hockett and
Melody Ward. Charles graduated the same yr. that I
did...1978 and Melody was behind us. These
two special people sat on the committee board for
the Alumni. Thanks to Mel, I was introduced
to the committee as a photographer for doing the
event....I have never been voted in on anything
that I know of before last year...lol 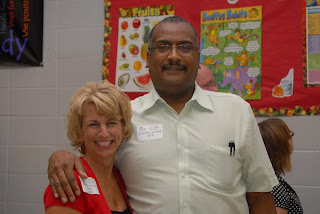 35th Alumni Reunion. So much fun and
so much laughter that night. 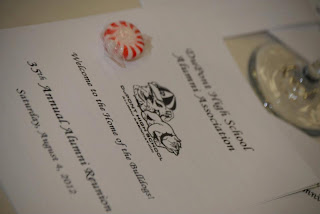 As a school we continue to have the support of our
fellow classmates, or teachers and our principal also.

DuPont Sr. High may not be an actually operating
Sr. High anymore but.....that spirit of it goes on.

So much so that the Board of Ed and the coucilmen for
our area are trying to get another community high
school built in our area. There has not been one
since 1986...it is time. There is also hope
that the school when built will carry the
DuPont name!

Isn't history awesome?
Thanks for stopping in,
Pam

gail@My Repurposed Life said…
how cool! My high school has weird history too. I attended 6-12 grade there (7 years!) Each year they added a grade. So I was there at the beginning. Someday maybe I'll be at that school as a charter student!
It has now become a middle school, like yours. Jamie attended 6-8 grade there. It was fun to be back. The sad news is that her children won't attend that school because she now resides in TN.
Great post Pam! It's fun to look back.
gail
August 09, 2012

Anonymous said…
Thanks Pam for a job well done and from the heart! I will always cherish my days as a DuPont Bulldog. I started in the First grade and went all the way to the 12th and along the way made friends of the heart that will last until my final breath!I could walk into the old Gym and probably fall to my knees with tears streaming from my eyes with the momories that would flood my mind!Hail to thee our Alma Mater, DuPont High all Hail! Right this moment I am thinking about my mama, how I always would pick her out in the stands, she wouldn't miss one of my games! I'm really missing her at this very moment! God Bless you mama, I love you and miss you! I can still see Mamason and Papason Morgan, Rickys mom and dad and there is Roy and Francis Thompson Kelly and Tommys mama and dad, these two sets of parents were like my own, I loved them with all my heart! Oh well enough, I just hold such great memories and I don't ever want to let them go! Love you my DuPont friends , we were a heck of a group! Mark Herring
August 14, 2012

Vance Gibbs said…
The pretty old lady in you pictures is my Great Aunt Doris. Her sister and brother-n-law, my Grandmother and Grandpa, owned and operated the barber shop across the street from the original high school back in the day.
September 26, 2013

mommy26baybas said…
Somehow I pulled this up & was reading it. My family is from there. My Dad,Joe Davenport & my Aunt Jan Davenport went to DuPont :)
October 05, 2016