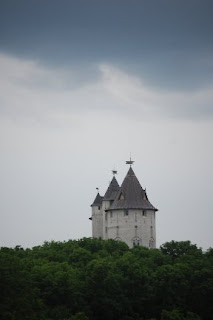 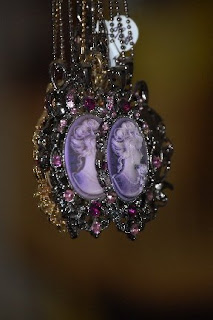 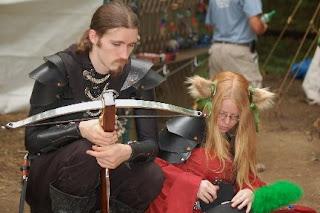 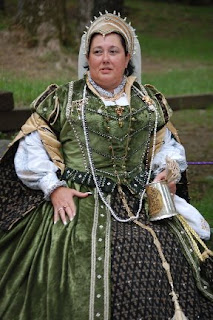 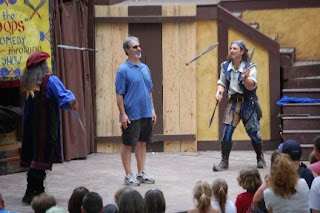 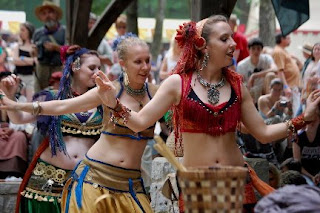 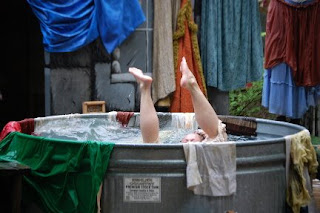 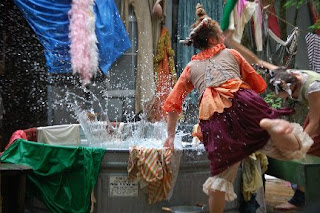 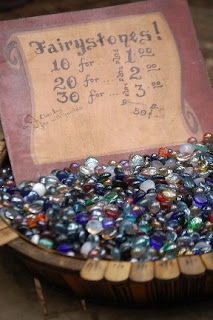 Every year for the last 25 or so years there
has been a Reniassance Festival held in
Arrington Tn., which is about a 55 min. drive
from the house. I have been wantingto go
for years and there has never been an excuse
since it runs for 4 weekends in the month of May.
This year I went...finally.
check it out at http://www.tnrenfest.com/

There on the site where to festival takes place is
an actual castle built or the last 25 years by the
Freeman family. You are able to view the lower
level of the castle which is included in your festival
ticket. The buses over to the castle stop running about
2 hours before the festival is finished for the day.
My friend, Debbie and I got so tied up in walking the
festival, and me taking pictures that we missed the
castle. But thats okay also since we hada blast. Check it out.http://www.dupontcastle.com/castles/gwynn.htm

People who are involved in the festival dress
in the mid-evil times but the fun part is that a lot
of people that attend the festival also dress in
the mid-evil times. So with that said, I am not
sure if all the pictures I took were of festival goers
or the people working it.! There was a show
that we attended, the Washer Womans show.
That was great. They involve the people watching
and there is lots of waterinvolved in the show! Pictures
attached! There was knife throwing shows, women belly
dancing and just actors walking around showing off there
style. Lots of booths selling mid - evil clothes, jewerly,
fairy stones to hand made items like baskets,wooden
swords and spices. Very interesting, lots of fun.

Debbie and I did this for several hours, then we went
to Arrington Winery.Very nice place. They had a band
playing, you can pack a lunch, wine taste and just enjoy
the views, the music and people watching. From
there we went back into Murfreesboro and went to
an other friends bakery. Julie and I have been friends
about 33 years or so. We met in Jr. High
School and our friendship developed from there.
To hear Julie tell it, she decided that she wanted to be
my friend since the school was a rough
place and she knew I would not take anything
off anyone! You should here that story told by her!!
But anyway, Julie and I have remained friends all
these years, I was her maiden of honor, and I babysat
her son when he was born. Since then I have attended
her son's wedding! Yikes...its that
age thing again. Check out the bakery.
http://www.borobakery.com/pages/index.php

After the bakery stop, Debbie and I (which let me
mention that Debbie and I have been friends for 28
years. Been thru a lot together and supported each other
through so much) went to Red Robbin for dinner.
From there, which wasa big day, I took Debbie back
home then headed to the house. Enjoy the websites,
the pics and thanks for stopping by.

Pam D said…
Fun stuff! We have a festival like that south of Atlanta; I went several times before Adam was born but haven't been in 10 years. Hubby hates it.. I love it! But we don't have a castle, darn it! Guess I need to bring my boy to YOUR festival! Speaking of which.. I plan to be in the area the 3rd week of June, (somewhere between the 14th-20th) for a longer than normal visit. We HAVE to get together!!!!! Can I get an "Amen" on that? (and dadgum... I heard from Kriste Lanius.. you were married to her cousin??? She is a Caringbridge buddy from back when Tracy was battling cancer... small, small world, isn't it?)
May 29, 2009